In Memory of our Union Brother, Eugene "Gene" Pinkham 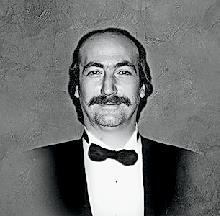 Posted Date: December 14 2020
Eugene "Gene" Pinkham, Age 62, of Cedar Park, passed away unexpectedly on October 31. He was raised in North Brunswick, NJ. Gene and his wife, Joan, moved to Cedar Park in 1988. Gene was a firefighter and EMT with the Cedar Park Volunteer Fire Dept. From 1993 to 1997. He was the owner of Pink Sound and Lighting (PSL). His firm supplied sound amplification to numerous bands, clubs and organizations in Austin and Central TX. Gene enjoyed playing his bass guitar. Gene is survived by his wife Joan (McGovern) and daughter, Katherine of Cedar Park He was preceded in death by his parents, Paul W. and Mary (Maconi) Pinkham.