Jackie Venson asks the Austin music scene: ‘What are you willing to do?’

I’m writing this from a place of love for my community and sadness for the current state of Austin music. This isn’t an attack; I’m not lashing out. I’m just so tired and hurt and in desperate need to see my city grow and be better.


Before I jump into the difficult part of this piece, I want to spotlight someone who has affected real, amazing change in the lives of black Austin musicians for years: Gary Clark Jr. Gary gave me my first real lane to run as a professional musician. He brought me, a young independent black artist, with no label and no big-time booking agent, on the road with him to play in front of tens of thousands. After that tour, people started taking me and my music seriously. And you know what’s amazing? That story isn’t unique to me. Gary has lifted up so many other black musicians from Austin. Whether it’s opening for him or playing in his band, every artist he’s uplifted has seen their careers rise.

What he’s done is an example of what can be done when people with power choose to use it to uplift artists.

There is this misconception in Austin that the talent pool of black artists that draw a crowd is tiny and nothing to pay attention to. I’ve heard those words spoken in some variation from people with power for years, and most recently within the last two weeks. I can tell you, when you give us the spotlight, we shine. For as long as Austin has had music, though, black artists as a whole have been pushed to the margins of the city and the scene. There are a select few of us who are lifted up as token examples of diversity, and for a few years, we’re the faces of black Austin music. Then a new group steps in, and the cycle continues.

And that rarely includes hip-hop.

The best and brightest in Austin’s hip-hop scene get more praise and opportunity from entities outside of our city than from within. If you don’t believe me, look up Quin NFN, WhooKilledKenny or Kydd Jones, or so many others. To the black music community, it feels like you found me, you found RAS, you found Magna Carda, Mélat, Mobley, Tameca Jones and others caught in the cycle and said, “This is good, this feels like enough,” when in reality, it doesn’t scratch the surface of equity. I was the first black woman to win best guitarist in the Austin Music Awards’ 38-year history. It would be pure hubris to think I’m the first black woman who can play mean guitar to come along in this city in nearly four decades.

Here is Mélat in her own words: “I’ve been nominated as a hip-hop artist before but absolutely did not promote it, as that is not my seat to fill. It’s not my genre just because I make ‘urban’ music. If someone were to do their homework on various sounds, it would be very apparent. And that’s my concern: Who’s in the room that cares to show that special attention to applying diversity appropriately?”

I’ve also heard the counter-argument from Austin’s most powerful talent buyers and bookers: “I’ve booked black artists and artists of color at my events in the past.” I can tell you with confidence, that’s not enough. We are not a box to be checked every three to six months. We are stars with unimaginable talent who deserve the same promotion and professionalism afforded to our white counterparts.

Through national tragedy, a dam has broken. It started with terrible images of police brutality, murder and systemic racism and has continued with conversations about inequality across all areas of our lives, including music. It’s time for difficult questions, conversation and hard work that leads to real change. You can’t hide behind press releases that contain vague platitudes of “We must work for change,” “We stand against racism,” or “We commit to being more inclusive.” It needs to come with real, actionable plans. Plans that are going to take hard work.

I have some questions below that may help you get the ball rolling.

Has the head of your company, your talent buyer or someone in another key role within your organization ever been a person of color?

As a follow-up, look at your lineups from years past. Whether it’s a regular Sunday-Monday show, corporate event, city-sponsored event, showcase or festival — how many featured black artists? How many featured hip-hop? How many R&B?

If you’re thinking to yourself, “But I don’t know where to find these artists you’re talking about!” I agree with you: In your current state, you probably don’t know where to find these artists. But I’ve got good news: They are not hard to find, you just need to reach out beyond your current network, put the work in and start looking. There’s an idea called the six degrees of separation, which states that all people are six or fewer social connections away from each other. Which means that just outside of your bubble is the knowledge you and your organization need to grow.

If my words make you feel uncomfortable or uneasy, imagine how it feels to write them. Imagine how it feels to live in a reality where these questions continue to be ignored. I’ve fought hard for my career, but I’m willing to jeopardize money and opportunity by speaking out to see my community grow and become better.

What are you willing to do?

What kind of Austin do you want to live in? What kind of legacy do you want for our city and its music scene? How hard are you willing to work? We cannot continue to call ourselves the Live Music Capital of the World if that “Live Music” part doesn’t include ALL black artists and all genres. 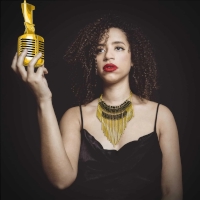