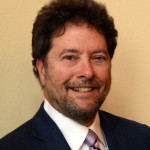 Posted Date: July 16 2020
A Message from AFM President Ray Hair on the Most Recent String of Police Murders of Black Americans:

“The unconscionable displays of racism in the United States during the past weeks and months have prompted millions of people around the world to take to the streets in protest over the inhuman, intolerable cruelty that Black Americans have endured from this nation’s system of criminal justice. The protests have come against the background of the global coronavirus pandemic, governmental economic shutdowns, and depression-era levels of unemployment, all of which have adversely and disproportionately affected people of color.

Black Lives Matter. We will not sit on the sidelines and be silent. We add our voice to the growing worldwide chorus against racism in all forms. Enough is enough.

The American Federation of Musicians of the United States and Canada condemns, in the strongest terms, the police killings of George Floyd in Minneapolis, Breonna Taylor and David McAtee in Louisville, Tony McDade in Tallahassee, Rayshard Brooks in Atlanta and all the other murders of Black people by law enforcement personnel, lynch mobs and vigilante groups that have occurred recently and throughout our nation’s history.

Racism, bias, bigotry, and bullying are intolerable in our union, in any other union (including police unions), and in any workplace. We oppose discrimination of every kind, in every place, and we decry the hatred that motivates it.

The senseless murder of George Floyd and its aftermath has illuminated deep rifts in American society and its culture of racism. We join those who are aggrieved and angered that America’s law enforcement and political systems have not rooted out racism. To do that, those in political power will need to squarely address the underlying issues that enable it.

We pledge to continue to confront the ways our union and the music industry have contributed to persistent systemic racism.

Click here to see learn more about the AFM: www.afm.org