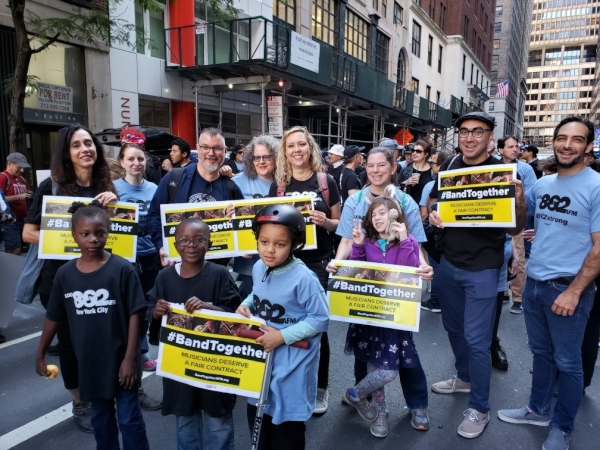 Posted Date: November 19 2019
Musicians’ livelihoods are under attack by greedy corporations determined to gut their wages. Like actors, directors and writers, musicians traditionally earn most of their wages as deferred income in the form of residuals. Among the most intransigent of these employers is The Walt Disney Company—the same company that has brought so much joy to so many, is refusing to pay its workers a fair wage. The primary issue in bargaining is that AFM is seeking a residual payment on “made for new media” content, i.e., those shows and movies that go directly to streaming services. As more content moves to streaming services, this is absolutely necessary in order to secure musicians’ ability to work in this field in the long term. Variety magazine quoted one longtime AFM member as saying, “Our ability to make a sustainable living is facing extinction.” Independent research has shown that a musician in the United States loses about 75% of their income on work that is made for new media compared to typical theatrical and TV work. As Disney prepares to invest up to $25 billion in its Disney Plus streaming service, musicians suffer. Nearly every other unionized Hollywood workforce (writers, actors, directors, etc.) share in the profits, why can’t musicians? A 75% pay cut is never right!
Tell top Disney executives that it’s time to pay musicians and bargain a fair and just contract!
#BandTogether 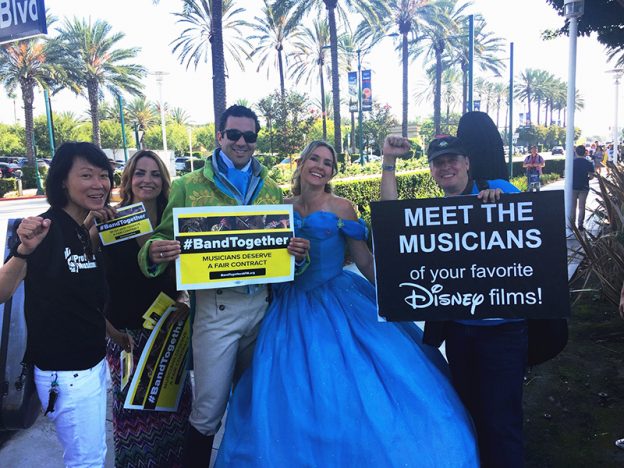