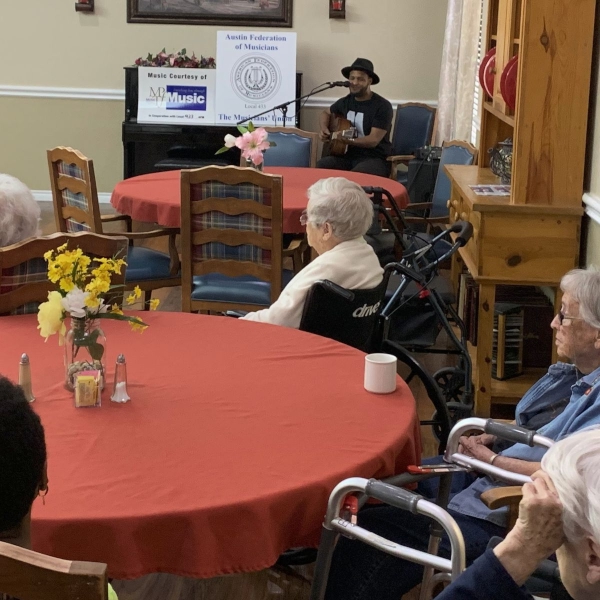 Posted Date: September 11 2019
The recent increases in Interactive Music Streaming Revenue negotiated by The AFM have resulted in a more robust Music Performance Trust Fund. The mission of The MPTF is to provide admission-free, live, quality music, performed by professional musicians to the public of all backgrounds throughout the United States and Canada. One of the initiatives of the MPTF is MusicianFest, of which Local 433 has been a participant since 2017. MusicianFest focuses on performances held at Assisted Living and Senior Centers by solo musicians. Our Local was awarded 15 performances this year which were made available to all active members in good standing in an open referral announced in this newsletter on July 19, 2019.  The performances have all been booked during the months of August and September. Our brothers and sisters are very successful in fulfilling the mission of the MusicianFest and MPTF, but they are also increasing the visibility of Our Union in the community as a result of their professionalism and excellent musicianship. Below are some photos of the early performances in the series with more to follow in the next newsletter. Solidarity!
The MPTF produced a short film on MusicianFest that can be viewed here:  https://musicpf.org/never2oldmusicfilm/
By Aaron Lack 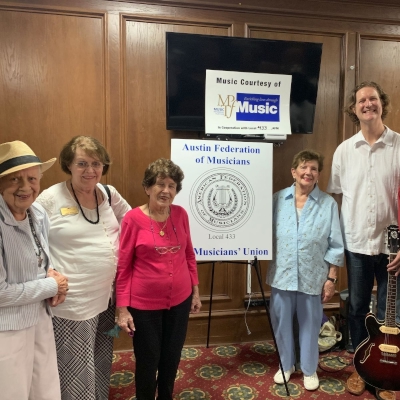 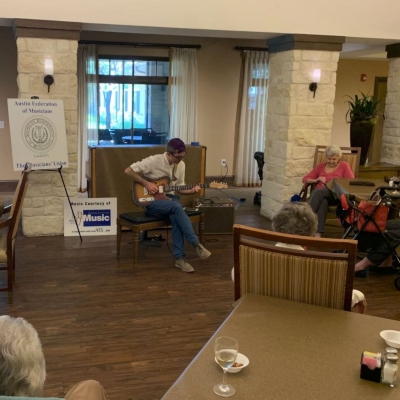 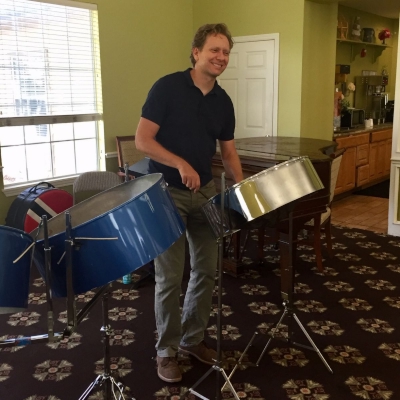 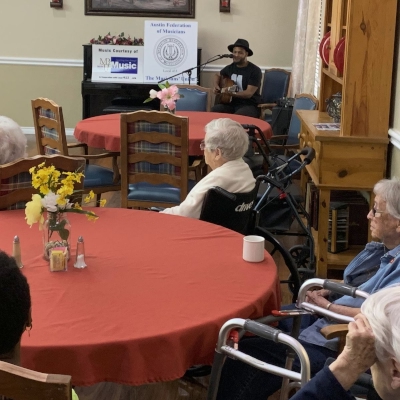